Ralph LaRossa joined the sociology department in 1975, after receiving his Ph.D. from the University of New Hampshire. Since then he has taught a variety of courses, to include: Qualitative Methods, Cognitive Sociology, Family Sociology, Birth and Parenthood, Sexual and Intimate Violence, Writing for Publication, and Introductory Sociology. He is a member of the Gender program as well as the Life Course program. He also is an affiliate faculty member in the college’s Institute for Women’s, Gender, and Sexuality Studies.

Dr. LaRossa is the author of Conflict and Power in Marriage: Expecting the First Child; Transition to Parenthood: How Infants Change Families (with Maureen Mulligan LaRossa); Becoming a Parent; The Modernization of Fatherhood: A Social and Political History; and Of War and Men: World War II in the Lives of Fathers and Their Families. He is also the editor of Family Case Studies: A Sociological Perspective, and a co-editor of the Sourcebook of Family Theories and Methods: A Contextual Approach (with Pauline Boss, William Doherty, Walter Schumm, and Suzanne Steinmetz). He has received grants from the National Science Foundation (principal investigator) and National Institutes of Health (co-investigator) in support of research on the social realities of fatherhood during the Machine Age (1918-1941) and on the experience of becoming a father in contemporary society. His most recent publications have focused on the history of fatherhood during and after World War II; the transition to parenthood; the social construction of the life course, the symbolic connection between fatherhood and baseball; the changing culture of fatherhood in comic strip families; the political economy of Father’s Day and Mother’s Day; the social transformation of childhood in the early twentieth century; and the theorizing process in qualitative research.

Dr. LaRossa is the founder of the Qualitative Family Research Network, sponsored by the National Council on Family Relations, and was the Chair of the NCFR Theory Construction and Research Methodology Workshop in 1985, and the NCFR Program Vice President in 1997. From 2007 to 2012, he served as a Deputy Editor for the Journal of Marriage and Family. 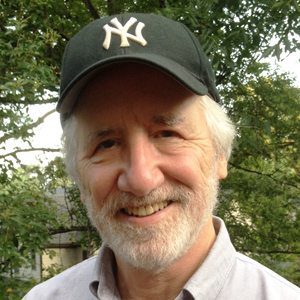